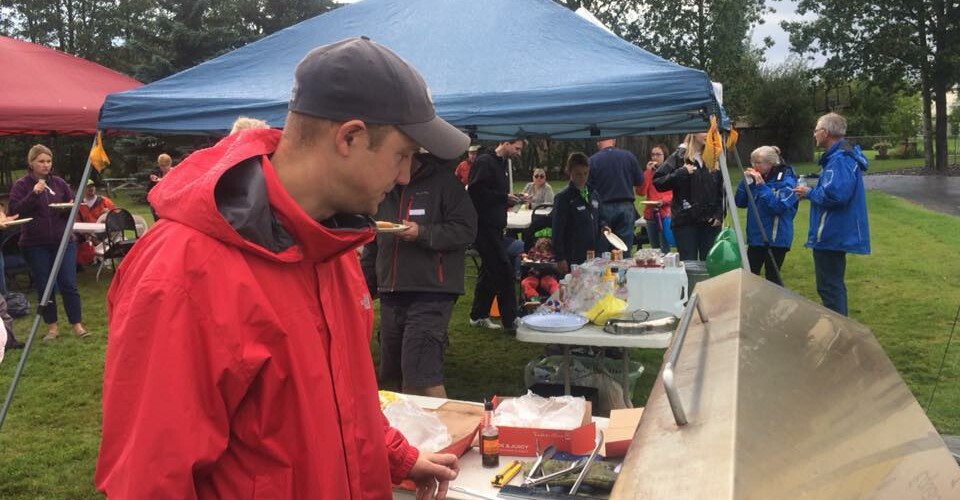 Reasons to have a Block Party

Edmonton – Today, the Alberta RCMP officially rolls out a new, province-wide online crime reporting initiative. The online crime reporting tool allows Albertans to report select property crimes online. This project has been initiated to ensure the public is able to report select crime types in whatever way is most convenient or accessible to them. A goal for the Alberta RCMP is to make sure all crime is reported, no matter how small. This provides the most accurate crime data and allows our resources to be deployed appropriately in the areas that need it most.

Citizens will be able to report the following crimes online:

Incidents must also satisfy the following conditions to be reported online:

All crimes reported online will be followed up with a phone call from a police officer in “K” Division’s Call Back Unit (CBU) within five business days. The CBU was created to ensure all non-urgent calls for service are investigated efficiently and effectively. "The Alberta RCMP is always looking for new opportunities to modernize and streamline our services for all Albertans – no matter where they live in the province," says Deputy Commissioner Curtis Zablocki, Commanding Officer of Alberta RCMP. "Online crime reporting is accessible and convenient, and will help us capture more intelligence when it comes to property crime occurring in all of the communities we serve. Offering a contactless service is also vital in these times when physical distancing is so important.”

This initiative has already been piloted in Airdrie, Banff, Cold Lake, Grande Prairie, Red Deer and Strathcona County from June 1, 2020 to present. The link to report a crime online can be found here: https://ocre-sielc.rcmp-grc.gc.ca/alberta

We encourage the public to report crime online, when possible. Reporting less serious crime online helps emergency call takers and frontline members focus their time on high-priority calls. We take all reports of crime seriously and crime reported online will be treated the same as crime reported in any other way.

Important links to check out:

Descriptions/boundaries of the Edson Neighbourhoods:

SKYVIEW:
Includes all households north of 13th avenue along 63rd Street (north of Airport), up to HWY 748.

WESTGROVE:
Includes households east of 63rd Street (north of Airport), north of Creekside, south of 13th Avenue up to and including 61st Street. (neighbourhood cut off at trail behind 61st Street)

GLENWOOD:
Includes households north of HWY 16, south of Glenaire road, east of 75th Street and up to and including 63rd Street (south of Airport). Includes residents living west of town up to Rodeo Road.

Neighbourhood League Facebook groups can consist of more than one neighbourhood as long as it makes geographical sense for that area. For example, Westgrove and Westhaven have a shared neighbourhood group, while Hillendale has their own.

If you are interested in becoming a Neighbourhood League Champion, here is an idea of what your role means:

Neighbourhoods that are not claimed or where no Neighbourhood League Champion has come forward, a group will be created by our team and we will invite neighbours! Once the group gets rolling we will request that a neighbour takes on the role of the group moderator and let it go from there.

Our hope is that community members take this opportunity to build a safer and more connected community through the use of Neighbourhood Leagues.

Print the registration form and return it to Community Services in the Town of Edson Office to be considered a "registered" Block Party. This will allow you to submit receipts for up to a $200 rebate and qualify for 24 FREE cupcakes for your party if you are one of the first 10 to register. *Rebates and cupcakes for Block Parties have been suspended for the duration of the pandemic.

A Street Closure IS NOT NECESSARY for you to throw the coolest party on the block. You can throw one on the driveway, lawn, across the street at a local park OR plan to meet at a park in town with your neighbours. You can even have a Block Party at a community hall, like Pine Grove.

If you ARE planning to host your party on the street, you will need permission from the Town of Edson. Complete the “Permission to Block the Street” Form. Most of your neighbours will be required to sign off that they agree with the street closure, and then you are good to go! Once your request has been approved, street closure signs will be made available to you for the duration of your Block Party!

We need more neighbouring! There are several benefits of neighbouring. A few of the key benefits:

Health and Wellness: More and better relationships improve health.  The neighbouring relationship is often overlooked as a unique and potent source of personal well-being.

Mental Health: Having access to consistent opportunities to build meaningful relationships opens the door for a troubled neighbour to connect with a supportive neighbour and benefit from human connection.

Poverty Reduction: People in poverty need often complex services, many of which can be provided through kindness and generosity of neighbours. When people know their neighbours, they are more likely to share resources (yard equipment, car shares, babysitting, employment advice). In addition, neighbours are well positioned to be a "broker" or to connect neighbours in need of necessary services.

Want to figure out if your neighbours are interested in having a Block Party? You can use this questionnaire and stick it to your neighbours doors to find out! Be sure to leave your contact information so they can get back to you with a response.

If you don't have a printer and you'd like a few copies to give out in your neighbourhood, come by the Community Services department at the Town office!

The Benefits of Neighbouring

A maximum rebate of $200.00 is available from the Town of Edson, Community Services Department towards eligible expenses for a registered Block Party. Eligible expenses shall include, but are not limited to, food, non-alcoholic beverages and entertainment. It is at the discretion of the Director of Community Services (or his/her designate) which expenses shall be deemed eligible. A maximum of five registered block parties per year may receive the rebate.

The first 10 Block Parties will receive 24 FREE cupcakes towards their party, and can still submit receipts for up to $200 in eligible rebates.  It's never been more simple to become the coolest neighbour on your block.

Host a soup night! A small social gathering with neighbours, sharing recipes and eating yummy soups. These events don't take much to plan and they offer an opportunity to connect with the families in our neighbourhoods. Start with a group of 3 or 4 neighbours and slowly build your "Pass the Ladle" group within your neighbourhood. Think about how easy suppers will be when you have neighbours taking turns creating and sharing delicious soups.  Of course, feel free to make variations of dishes such as chili, casseroles and stews.

Rebates are available as they are through the Block Party program. Keep your receipts and submit them along with a success story. We will rebate the host of your soup night! Recipe cards like these are available at the Town of Edson Community Services office.  The blank recipe card on the back can be used to jot down the recipe of the night or for you to share a recipe of your own with neighbours.

1. Invite your neighbours! A simple where, when, what and bring your own spoon and bowl will do!

3. Serve the soup and have a great time together.

4. Plan for the next soup night!

5. Submit your receipts and success story to the Community Services office.

Here are some yummy recipe ideas to get you started:

Other Ideas to Enhance your Block Party:

Taco in a Bag

Minute to Win It Games

Complete this Neighbourhood Scavenger Hunt at your Block Party, or check out links below for other activity ideas that you can prepare for your upcoming Block Party!

The Block Party is a Community Development initiative, connecting neighbourhoods, a partnership between the Town of Edson Community Services and FCSS, A Healthier Edson (Alberta Health Services), Victim Services, the RCMP and Citizens on Patrol.