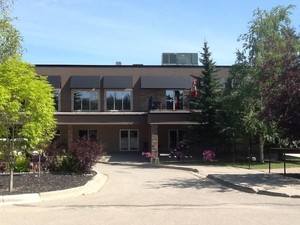 Edson, Alberta, Sept 20th, 2017 – The Town of Edson is in the process of selling the Edson and District Recreation Complex.

At the September 5th, 2017 Council meeting, Council received an offer from a private group for the purchase of the Recreation Complex Building. After careful consideration and consultation with the user groups involved at the facility, as well as our partners at Yellowhead County, negotiations began with consideration being given to access of the golf course and operation of the curling sheets. The deal requires that the buyer honour the 4-years remaining on the lease with the Golf Club, as well as to continue to operate the curling facility for the next two seasons. At the expiration of these timeframes the user groups would then negotiate directly with the new owner on a go forward basis.

While the negotiated sale price is not being released at this time to be fair to the prospective buyer, it is well below the assessed value of the property. The 2017 assessment of the Recreation Complex is just under $3.45 million, however, a more detailed assessment has now been done, reducing that by 42% to about $1.99 million based on the current condition and repairs required. Edson CAO Mike Derricott views this as an unexpected opportunity. “While the financial return may appear underwhelming for the size and current assessment of the building, one needs to keep in mind the upgrades required, as well as the operational costs that continue to be incurred by the taxpayers of Edson and Yellowhead County.”

Over the past 11 years, about $3.35 million has been spent on upkeep at the Recreation Complex. Since its construction in 1982, the facility was operated by the Recreation Society and much of that money was given in grants to the group for operations and maintenance. The following is a breakdown of the contributions made by the Town and County associated with the Recreation Complex since 2007 (rounded to the nearest thousand).

Despite that substantial investment, the Recreation Complex is still in need of many repairs to bring it up to an acceptable standard. Derricott adds, “A conservative estimate for the repairs and upgrades needed today is between $1 million and $1.5 million, and that doesn’t include retrofitting for programming to help attract people to the facility for community use.” Some of the required repairs include a replacement of the elevator, repair/rebuilding the roof, replacement of the ice plant, electrical work, etc.

Following a legal review, Council was satisfied that the interests of the community were being protected, and saw this as a step in the right direction when it comes to a potential new facility. During the September 5th meeting, it was agreed that the money from the sale, as well as money saved from the operation of this facility, could be a significant resource when it comes to the development of facilities to meet the future needs of the community.

Early results of the joint Community Services Study*, as well as the previous 2006-2007 Conrad Report, indicate a multi-use complex is a priority for a majority of the public in and around Edson. Both reports had also indicated the need to move away from programming at the Recreation Complex moving forward. The Conrad Report states, “We, therefore, do not envision this location as being appropriate for further development of Community-based recreation and cultural activities.”

All of these factors have been taken into consideration during the sale process.

Edson is committed to providing opportunities for a lifestyle that is happy, healthy and safe. This core value, and strategic planning for future facility needs, will help the Town progress in that direction. The sale of the Recreation Complex is seen as a practical step towards that goal.

An agreement has been negotiated and the sale is now being advertised for 2 weeks prior to a vote by Town Council. As well, a public information session will be held in Council Chambers on September 26th at 7:00 pm. Interested members of the public are invited for a brief presentation on the sale process.

*Draft report to be presented to Council at the September 26th Committee of the Whole meeting.